It’s been a while since our last update. Don’t worry, we’ve not been kidnapped. In fact, we’ve been working pretty hard on improving our game, and makingÂ it more accesible for people who don’t speak English. So we’re really happy to announce that Spanish and a polished version of German have been added to the languages of the game.

Take a look at the menu now. 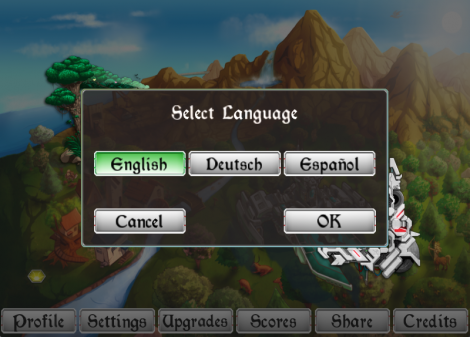 And there’s more. We want Trouble With Robots to be played all over the world, without entry barriers of any kind. Spoiler alert: we’re also working on Simplified Chinese. Here’s a hint. 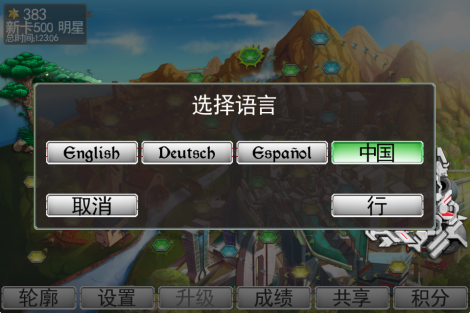 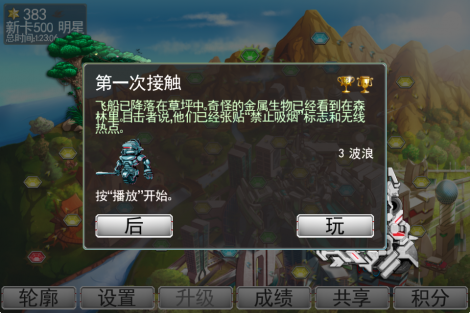 Remember that we added a new screenshot feature some months ago? We have fixed bugs and now it looks brand new. So don’t forget that you can: 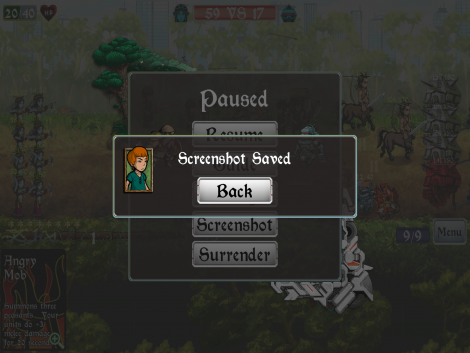 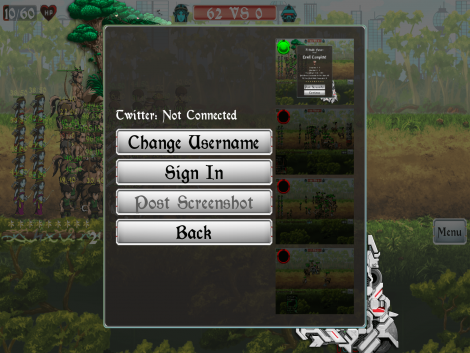 If you post on TwitterÂ usingÂ the hashtag #troublewithrobots, we will be able to find your tweet and share it. Let’s see who’s the best player out there!

So we keep walking, as you can see. And now that we have a lot more players, thanks to our recent promotions on iOS, it’s time to share some tips. Stay tuned, because we’re going to update the blog more regularly and show strategies to build a top-notch deck. And of course you can send us yours if you want!

Posted by Mariela in News  /  Comments Off on Summer news! Languages, social sharing… and more to come